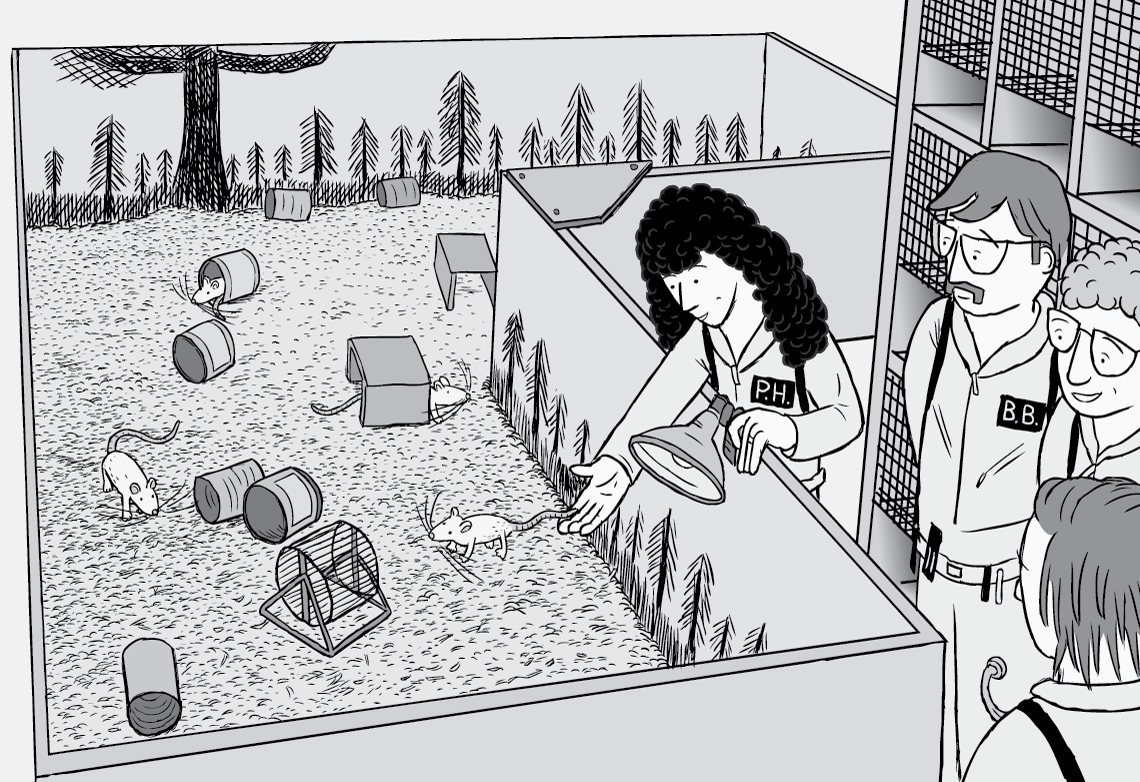 People are much more likely to get caught up in addiction when important emotional needs cease to be met, perhaps because of loss, caused by the death of someone that we were very close to, a relationship ending, redundancy or illness, or by dissatisfaction arising from boredom or feeling trapped. Sometimes such circumstances lead first to depression and then to addiction and there is generally a lot of evidence that being happy and fulfilled means that we don’t have the need for addiction in our lives (For more information on our emotional needs, go to this article.)

Two very important studies of addiction and emotional needs are as follows:

In the 1970s, the famous Rat Park experiments were run by Canadian psychologist Bruce Alexander. Prior to that, studies seemed to show that it was extremely easy for rats to become addicted to drugs when they were kept in small “Skinner boxes” and allowed free access to a bottle containing morphine solution. It was thought that drugs themselves have an addictive quality. However, Alexander hypothesised that in lab rats, it was stressful living conditions rather than drug consumption that created the conditions for addiction. Rats (like humans) hate to be confined in solitary cages with nothing to do. He therefore created Rat Park, a kind of rat heaven in a large enclosure with other rats. He filled it with things that rats like, such as platforms for climbing, tin cans for hiding in, wood chips for strewing around, and running wheels for exercise, and there were both males and females so they could mate and produce babies. Their basic emotional needs were being met and those who had been “addicted” when living in confined cages, had no interest in the morphine solution once they moved to Rat Park.

Alexander said: ” First, the ancestors of laboratory rats in nature are highly social, sexual, and industrious creatures. Putting such a creature in solitary confinement would be the equivalent of doing the same thing to a human being. Solitary confinement drives people crazy; if prisoners in solitary have the chance to take mind-numbing drugs, they do. Might isolated rats not need to numb their minds in solitary confinement for the same reason that people do? Second, taking drugs in a Skinner box where almost no effort is required and there is nothing else to do is nothing like human addiction which always involves making choices between many possible alternatives. Third, rats are rats. How can we possibly reach conclusions about complex, perhaps spiritual experiences like human addiction and recovery by studying rats? Aren’t we more complex and soulful than rats, even if we have similar social needs?”

These results are not confined to just the animal world: Of the Vietnam war veterans in the 1970s, 50% were found to be addicted to heroin. Lee Robins a Washington University sociologist studied interviewed 617 men over three years after they came home on their experience using heroin and/or opium. She found that only 12% of the veterans continued to use drugs once they were back home with their families and taking up their old lives once again.

Bruce Alexander said: “When I talk to addicted people, whether they are addicted to alcohol, drugs, gambling, Internet use, sex, or anything else, I encounter human beings who really do not have a viable social or cultural life. They use their addictions as a way of coping with their dislocation: as an escape, a pain killer, or a kind of substitute for a full life. More and more psychologists and psychiatrists are reporting similar observations. Maybe our fragmented, mobile, ever-changing modern society has produced social and cultural isolation in very large numbers of people, even though their cages are invisible!

The view of addiction from Rat Park is that today’s flood of addiction is occurring because our hyperindividualistic, hypercompetitive, frantic, crisis-ridden society makes most people feel social and culturally isolated. Chronic isolation causes people to look for relief. They find temporary relief in addiction to drugs or any of a thousand other habits and pursuits because addiction allows them to escape from their feelings, to deaden their senses, and to experience an addictive lifestyle as a substitute for a full life.”

If you would like more information on addiction and emotional needs, or indeed any other emotional issues or life challenges and would like to talk things over in complete confidentiality, call Alison Winfield, Mindfully Well Counselling Cork on 087 9934541.

Addiction and Self Sabotage