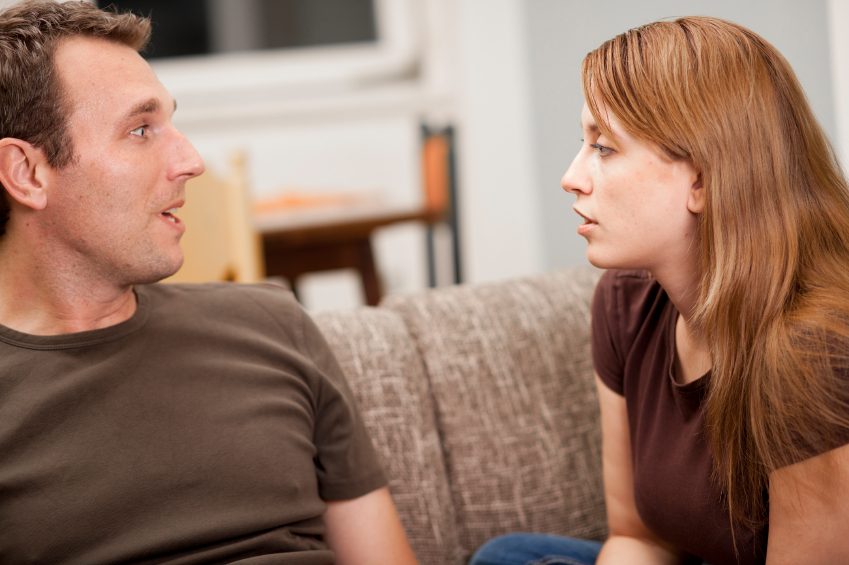 Couples Counselling: Why do we have the same arguments?

We tend to think that the arguments we have with our partner are unique to “us”. But actually research shows that the same patterns play out over and over in everyone’s relationships – and WHAT you argue about isn’t nearly as important as HOW you argue (or fight or disagree). The drama in the relationship of so many couples revolves around a powerful struggle between partners that plays out over months, years and even decades. They find themselves totally stuck.

Six of the most common (and harmful) patterns are described in this blog. None of them are productive  – they all lead to the same old fights, the same old stand offs. We blame our partners for escalating the arguments and fail to see how much we contribute to our own misery. Spotting the patterns is the first step to eliminating them:

The first dynamic is when you gather evidence that reinforces your beliefs and disregard evidence that challenges them. This is called confirmation bias.

You deliberately didn’t call me yesterday because I don’t matter to you. Even if you told me, “I didn’t realise not calling you would make you feel that way, and I’m sorry,” I’m still going to prove you wrong. That’s how crazy it is—I would rather have my confirmation bias proven than to be relieved by hearing it’s not true.

A confirmation bias provides us with an ORDER to our feelings, and we’d often rather have a crap order than no order. Only one person can be right (ME!) feels much better than accepting that there’s another person next to you who is having a completely different experience of the same issue and has a whole other point of view. That leads to a standoff.

As in the following example:

Ie My experience is tied to a situation but yours is based on your character and is about you as a person.

This one is even harder to admit to – but is based on the need for the adrenalin rush that comes from conflict, especially conflict where I can prove that I’m right and you’re wrong. As in:

I’m going to wind you up and press all your buttons until you scream, then I’m going to say you’re a screamer and I can never get through to you.

This is when we incite from a person the very behaviour we don’t want. There’s something in the predictability of this that brings us a defeating certainty, even though it’s the opposite of the calm and healthy relationship that we long for.

We often think that when we say something during a conflict, it is an absolute truth rather than a reflection of an experience we felt in that situation.

Another thing that makes fights go sour is using the words always and never.

“I always do all the work/You never help with the work.”

It leaves the other person with no option but to refute what you just said about him, to stonewall you, or to attack you for your offences. What else is he or she supposed to do? You’ve just said that it’s a fact that they are a terrible person. Nobody likes to be defined by someone else.

This is when we criticise so much that we leave the other person feeling like he or she can never do anything right. The truth is, a criticism is often a veiled wish.

When I say “You never do the dishes,” or what I really mean to say is “I’d love for you to do them more.” But I don’t say that because it makes me vulnerable. If I put myself out there and say, I would really like this, and then you don’t do it, I have to think that you don’t care.

If you are struggling with relationship difficulties or indeed any other emotional issues or life challenges and would like to talk things over in complete confidentiality, call Alison Winfield, Mindfully Well Counselling Cork on 087 9934541.

https://www.youtube.com/watch?v=AKTyPgwfPgg An excellent video by John Gottman, one of the most highly respected relationship experts

I also recommend anything by couples’ expert Esther Perel:

https://www.estherperel.com/podcast A series of excellent podcasts on all aspects of couples counselling

Relationships and Dating: Things aren’t like they used to be…!

Relationships and Stress: How women and men deal with stress differently