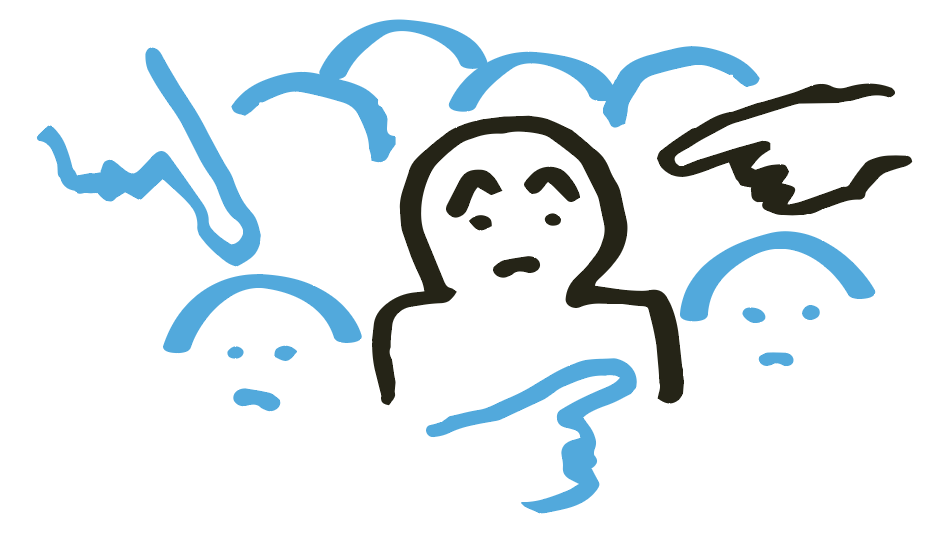 Scapegoating within families is rarely talked about but many of my clients have described this process in their families.

What exactly does it mean? Well, in ancient tribal societies, a goat was chosen to represent the group’s collective sins to appease an angry god. By casting the animal out, the tribe symbolically guaranteed itself a clean slate. Naming a scapegoat and blaming him or her or them for the crisis at hand facilitates a sense of unity (us versus them) and someone to blame.

Within a family, one member becomes the target of accusations, blame, criticism or ostracism. While it’s happening, family members are often unaware of what they are doing and would deny it if confronted with their behaviour. Becoming the scapegoat can be a temporary role (and family members may rotate in and out of it) or a permanent one. Often, scapegoating begins in childhood and continues into and throughout adulthood.

Am I being scapegoated?

Some of the red flags are as follows:

In addition to the scapegoat, there is often a “golden” child, the favourite who fulfills the parents’ expectations perfectly. In the case of a narcissistic parent, this child is often just like them and is high in narcissistic traits, lack of empathy etc. This favourite is disinclined to look past what the family mythologies tell her, unaware about how he or she’s been affected by the narcissistic mother.

How does scapegoating affect an individual?

The effects of scapegoating can be catastrophic and last well into adulthood. We tend to experience our family life as “normal” even if this is far form the case  and often blame ourselves rather than others for how we are made to feel. Very few people have even heard of scapegoating within families but my work with clients shows that it is not uncommon.  Once an individual can recognise the patterns and can label the scapegoating, what can they do? My next blog looks at this topic.

Emotional needs after a relationship break-up

Dealing with a Narcissist

Ways to Cope with a Toxic Family