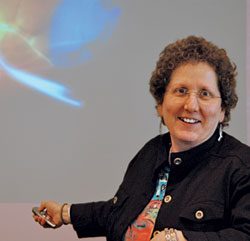 Trauma Recovery and the work of Babette Rothschild

This is the second part of a two-part article on the work of Babette Rothschild – a key figure in the area of trauma recovery. In her book 8 Keys to Safe Trauma Recovery: Take-Charge Strategies to Empower Your Healing she suggests 8 “keys” that together can be used as powerful aids to recovery. The previous article looked at three of the keys. Now we’ll  look at the remaining five:

How we silently talk to ourselves makes big difference to how we feel emotionally about something. Try it out: say something really horrible then something pleasant and nice and see how you feel! So inner dialogue can play major role in determining how stable or overwhelmed you feel from moment to moment. Flashbacks (or intrusive memories of the traumatic event) can be very confusing. They are intrusive, very powerful and overwhelming, they can mimic real thing and produce same stress response in your body.

It was well documented for example that after World War 1 soldiers who had been traumatised in battle, even moved in similar ways afterwards – such as cowering as if under fire. They saw pictures, heard sounds, smelt smells and often talked about it as though it was still happening. This means that we have to help our brains re-categorise them – it is a MEMORY of the event – so not “hes grabbing me” but “he grabbed me”.

Traumatised people often evaluate a situation based on bodily sensations eg knot in stomach – I feel anxious therefore there must be something bad. So look around you carefully – is there anything bad or it simply a sensation? Listen – use external cues as well as internal and coolly decide if it’s safe.

It can be very useful to choose for yourself your own mantra or affirmation to use in the event of a flashback: “it’s only a memory, it’s not happening now . Now I’m safe” or “I am remembering what happened when I was 16 years old and it hasn’t happened since and I am glad is memory and am now safe”. It’s really important to use one which feels right to you.

Another stage is to develop a flashback protocol, again personal to you: write it down and have ready for when you might need it when a flashback occurs: You might pay attention to your internal symptoms of danger, naming them one by one – your heart rate, breathing, shakey legs, stomach. Now identify what you are feeling emotionally. Now state clearly to yourself that symptoms are in reaction to a memory (you might give this memory a name such as The Assault.) Now shift your attention to your external senses and name 3 things you can see or hear such as “ I see a bird.” “I hear traffic noises”. Affirm todays date, what year it is. Now based on all that information, decide if your present situation is safe or dangerous. If it’s safe, tell yourself” it’s just a flashback and I am not in any danger now.” If it’s not safe, seek safety immediately.

Babette relates the true story of Pilot Chesley Sullenberger who managed to safely land his Airbus 320 in the Hudson River only minutes into the flight after it struck a flock of Canada geese which took out both engines. Everyone of the 155 passengers and crew survived, just two were seriously injured which was a miracle. In his first TV intervie after the event he confessed that one of the hardest things for him to do in the whole experience was to forgive himself, for not having done more to better.
His response is a common one to experience of trauma –“ I could have done more.” Some of us tend to take on much that is not ours, whereas others abdicate ALL responsibly. We need BALANCE. Being able to see how this has applied to your own experience can help protect you in future. It is common to feel guilty about not preventing trauma, not fighting back, freezing etc but one fact of trauma is that it is out of your control. There may be many reasons why you couldn’t stop it – whether it was an act of nature, someone made a mistake, you were in wrong place at wrong tim, you were too small and powerless to defend yourself.

Understand the powerful trauma response which we have in order to preserve our basic survival – our amygdala makes a swift response, it sends its message via stress hormones, so bypassing thinking – that’s its job. An incredibly important job programmed in for the survival of the species. (Babette points out that “freeze” is now a valid defence against rape as in the case where a woman appeared to do nothing to fight off her attacker.
One way to work on this issue is to try to put yourself in someone else’s shoes: If it was someone else who went through what you went through, how would you judge them? (Perhaps your own parent or child). Would you hold them responsible?
The emotion of shame tells us that something is deeply amiss. It is necessary for our survival. The social value of shame to help the tribe to survive so a rule of “no incest” means there will be no inbreeding in the tribe which will make it weak and liable to extinction. Shame is an indication that something is clearly wrong. Often shame which results from in trauma is due to the feeling of having let oneself down, of not being able to protect the self. This is especially true in cases of rape and assault. Shame can lead to withdrawal. It is a powerful emotion and is not easily dissipated like sadness which can be dissipated by crying. It seems to need contact with others to diminish.

See if you could you talk to someone about it, paying careful attention to timing – is this a good time to address shame? Use your mindful gauge (see first blog article). Start to apportion your shame fairly – did you take what should be on perpetrators shoulders? Can you in your mind assign it to them? Sometimes art can help, as can using your imagination seeing a meeting between you and your perpetrator, or write a letter to them which you will never send. Finally make a list of things you are feeling shame about and share that list with a close friend or other member of your support network, starting with least difficult.

Babette poses the questions: Are you over whelmed by the task of your recovery? Are you pushing too hard and too fast? It is very common in trauma recovery to want to get free as soon as you can. Who would want to be stuck with it when they had a chance to get rid of it? However, Babette cautions that small steps can lead to quicker results just as when we first learn to swim by gradually going down the pool steps into the water, one by one. We need pacing, to trim down each step to a manageable size. As in the old fable of the tortoise and the hare, it is the tortoise, slow and steady who wins the race.
She suggests that you make a list of your trauma goals making them as detailed and specific as possible. Prioritise them. Then go through the list and work out how you will achieve each one. Break down each goal into very small steps. And tick each one off as you accomplish it.

Physical activity is a powerful antidote to the persistent freeze response. It increases containment and self-control via increased muscle tone. Although relaxation is excellent as part of recovery, it doesn’t work for everyone – some need to move. Movement dissipates the build-up of stress hormones. (Be mindful – too much stimulation from exercise can have the reverse effect. Start simply – gentle walking, dancing, yoga, a few weights, some push-ups – whatever you enjoy most. Record your progress and if you can, find an exercise buddy to motivate you.

Babette’s final step is to think about whether anything about what happened has had good consequences or meaning? On a national scale the terrible experience of 9/11 resulted in an incredible sense of community. Maybe your own experience has made it easier for you to be more sensitive to others needs, to be able to offer support to others who might be going through what you went through. She acknowledges that sometimes you have to push yourself to really get into this one – and you may not be ready – that it is very much up to you. It may, for example, lead to you finding ways to get more involved in your community where you can use the new skills and knowledge you have acquired.

For more information on my trauma counselling services go to my Trauma Counselling Cork page.

Need some more advice and support?

If you have experienced trauma and would like to explore some of the issues raised in this article , call Alison Winfield, Mindfully Well Counselling Cork on 087 9934541.