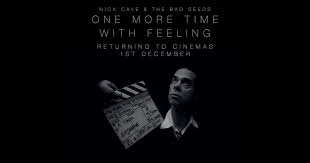 The death of a child is often called the ultimate tragedy and is one of the most difficult deaths to grieve, as it goes against the natural order if parents have to bury their child. Whether your child is very young, a teenager or an adult, the emotions are similar. This deeply sensitive topic is rarely talked about publicly or written about, and so I was much taken with some recent words (see below) by Nick Cave on his own experience:

The experience of Nick Cave

Nick Cave, well-known Australian musician, singer-songwriter, author, screenwriter, composer and occasional film actor is best known as the frontman of Nick Cave and the Bad Seeds. Tragedy struck the family when his son Arthur, 15, fell from a cliff at Ovingdean, near Brighton, England, and died from his injuries on 14 July 2015.

Nick has very recently started to talk about the effect of Arthur’s death both on the family and on his work.  His band’s album, Skeleton Tree is infused with his grief and loss and this was also reflected in One More Time with Feeling, Andrew Dominik’s black-and-white documentary on the making of the album.

In a recent interview in the Guardian newspaper, Nick talks about their loss:

Grief in the public eye

In this interview Cave talks about what he and his family have found particularly useful (finding support) and how dealing with such a loss in the public eye actually helped in many ways as they were forced to openly grieve.

He says: “People often say they can’t imagine how it would feel to lose a child, but, actually, they can – they can imagine what it is like. A lot is said about grief, especially the conventional wisdom that you do it alone. I personally have found that not to be the case. The goodwill we received after Arthur’s death from people who I did not know, especially through social media, people who liked my music and kind of reached out, was extraordinary. This had much to do with Andrew’s film and I will always be indebted to him for this. The rush of emotion it unleashed in people and the way they wrote about their own sadnesses and their own griefs was monumental and amazingly helpful for me and my family.

Initially, I thought it would be impossible to do this in the public eye. The impulse was to hide. But it turns out that being forced to grieve openly basically saved us. Of course, there is something that feels almost heroic about suffering on your own, to be locked into a world of memory, almost a nobility, I understand this, but it is an illusion and a very dangerous, life-threatening situation to put yourself in. Susie and I have grown to understand this. We are vigilant around each other, watchful that we don’t shut down.”

If you are struggling with loss and bereavement and would like to talk it over in complete confidentiality, call Alison Winfield, Mindfully Well Counselling Cork on 087 9934541.

Grieving after the loss of a relationship

Grieving the Loss of a Pet