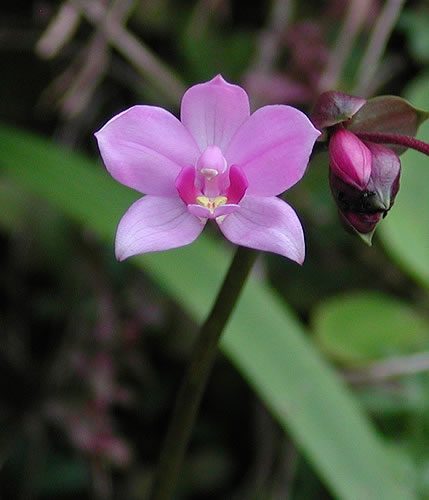 Stress and sensitivity: is there a link?

“You’re too sensitive!” Has anyone ever commented on your sensitivity? Do you take things too personally? Have you been accused of being “prickly” or “defensive”? Do you tend to over-analyse what people have said or done to you? If so, you could be what is now described a “highly sensitive person” or HSP (you, Johnny Depp and 15-20% of the rest of us – but more of that later!).

So are some of us more sensitive than others? And is this a good thing or a bad thing?

Elaine Aron, author of The Highly Sensitive Person, first identified what she calls the “Highly Sensitive Personality” in an academic paper in the early 1990s. She said that “ HSPs share an uncommon ability to pick up on subtleties that others might miss – a look, a feeling, a message embedded in a seemingly straightforward statement.”

You are not alone!

In the past HSPs might have been described as shy or neurotic, but Aron believes these labels are demeaning and inaccurate. HSPs are simple individuals born with a heightened sensitivity meter. And it’s extremely common – in fact it’s estimated that 15 to 20 percent of the population suffers from the condition, half men, half women. The trait shows up early on, with infants and children exhibiting signs – one possible explanation for why some babies tend to cry and be more clingy than others.

The HSP traits appear to be hard wired into our brains. HSPs are more susceptible than other people to both internal and external stimuli – signals from the external world but also signals from their own bodies. This can lead to their being more easily overwhelmed by their feelings. They react strongly to things such as noise and light, and are particularly sensitive to stimulants such as coffee. They are likely to find a noisy nightclub with flashing lights and loud music overwhelming. Even the harsh lights and general buzz of a supermarket can make them feel uncomfortable. They tend to exhibit greater caution and reluctance than the non-HSP population with things such as taking risks, trying new experiences, meeting new people, even venturing to unfamiliar places.

The good side and the bad side…

All this makes it unsurprising that they tend to suffer more from stress and anxiety than non-HSP people. It seems that they are more aware of the things that are wrong with society and are more connected to the suffering in the world, to increased empathetic abilities. Indeed, an anxious mind, an over-sensitive mind could be seen as a searching and connected mind alerting humanity to what is wrong with the world. These are all positive traits rather than negative.

A 2011 study by Tibi-Elhanany and Shamay-Tsoory found that people with social phobias and anxieties are hypersensitive to other peoples’ states of mind – they are able to discern the mental states of people much more accurately than other people. Another study published in 2010 by Ein-Dor et al found that high-anxiety participants were quicker to detect threats of danger and responded more quickly to those threats than other participants. Their explanation was that anxious individuals also tend to be more altruistic. In nature, animals that are able to detect and respond to threats the quickest are more likely to survive. In fact, some species of the animal kingdom rely on having an individual in the herd that is anxiety prone and can detect threats before the others can.
So it seems possible that being highly sensitive and anxious is actually an evolutionary advantage.

Of course there are many downsides to being a sensitive individual. High sensitivity increases the impact of all emotionally tinged events, making childhood trauma particularly scarring, the after effects sometimes lasting a lifetime. Being highly sensitive probably increases our vulnerability to anxiety and depression and despite the evolutionary advantage, can make an individual’s life miserable. Their acute awareness can become an affliction rather than a gift. They might feel that their anxieties might become visible and provoke the negative scrutiny of others which in turn can create a sense of shame. They can become perfectionists so that they are always above reproach in an attempt to avoid humiliation or rejection.

In her book The Highly Sensitive Child, Elaine Aron says that some sensitive adolescents may drink and use drugs to try to overcome anxiety or depression through self-medication. They may withdraw from social activities and spend long periods online on gaming and social networking sites where they feel more able to express themselves.
So what about Johnny Depp? He commented in an interview, “I’m able to express better the feelings of those who are a little outside. I don’t consider myself an outsider, but neither completely integrated in the society… Tim (Burton) and I share this kind of sensitivity, this way of understanding or not understanding the world.” He has talked about getting drunk earlier in his career in order to face the pressure of making public appearances.

Accept that you have a special evolutionary gift

The most important thing to know about being sensitive is that it is actually a very special evolutionary gift. Aron’s message has always been to “stop trying to pretend you’re not an HSP” – to accept it and live your life accordingly.

This might mean being selective with our surroundings, minimising and managing stress, minding our sensitive nervous systems through things like yoga, exercise, mindfulness, breathing techniques and by carefully choosing whom we spend time with. We should never be hard on ourselves for being who we are. This way we can play to our strengths and enjoy being special!

For more information
If you would like more advice and support on dealing with sensitivity and anxiety call Alison Winfield, Mindfully Well Counselling, Cork on 087 9934541.

All You Need to Know about Stress