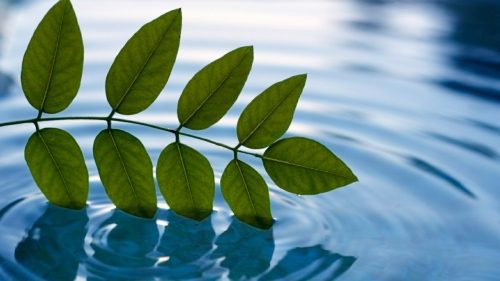 At some point we all have to face challenges and difficulties in our lives. Some of these might be relatively small, such as failing a driving test. Others can have a major impact on our lives both individually (bereavement or job loss) or on a much larger scale (hurricanes, terrorist attacks). How we deal with these problems can play a major role in not only the outcome, but also the long-term psychological and physical consequences.

Some people seem to have the ability to remain calm in the face of disaster, while others seem to fall apart. This ability, known as resilience, mental toughness or good old-fashioned “grit”, doesn’t eliminate stress or magically erase life’s difficulties but it does give people the strength to tackle problems head on and move on with their lives. Research carried out after Hurricane Katrina and the events of 9/11 has shown that even after unimaginable loss and horror, people are still able to find the strength to not just survive, but to prosper.

How can we be more resilient?

And the really good news is that resilience is actually very common – most of us respond in a healthy way to stress most of the time. Even better – we can learn to increase our levels as we go through life.

So – how do we do this? Having positive relationships whether it’s with family, friends, partner or colleagues is the single most critical factor in handling stress and fostering high levels of resilience. It’s important that we accept help and support from those who care about us when we need it and in turn offer help to others when they need it. Getting involved in local community groups and clubs is also a way of boosting the resilience of both individuals and communities.

Another important factor is our ability to set realistic goals and to motivate oneself to work towards them – even if it it’s only a very small accomplishment . Ask ourselves: “What’s one thing I know I can accomplish today that helps me move in the direction I want to go?” Sometimes certain goals may no longer be attainable as a result of adverse situations but accepting circumstances that cannot be changed can help us focus on circumstances that we can alter.

Having confidence in one’s strengths and abilities and trusting one’s own instincts even when things seem to be going wrong is important, as is the ability to manage strong impulses and feelings. It can be tempting to detach completely from problems and stresses and wish they would just go away, but taking positive action is often much more productive. Even when facing very difficult situations, it can be useful to try to stand back and look at the wider perspective. Try not to see things in black and white and as far as possible, maintain an optimistic outlook. If we visualise what we would like to happen rather than worry about what we fear might happen, we will be much better able to cope and keep focussed. (More about visualisation later).

We can’t change the fact that highly stressful events happen, but we can change how we interpret and respond to these events. Resilient people have the ability to re-frame and re-appraise situations and switch into goal-directed problem-focused coping. We shouldn’t forget our sense of humour – it has been proven to reduce overall length of stay hospital stays. We can sometimes feel that we have grown as a result of going through hard times, perhaps by discovering inner strength and purpose, a more developed spirituality and a heightened appreciation for life.

The training undergone by Navy SEALS, the most well-trained special force in the United States military is designed to break down even the most mentally resilient individuals. During what is known as “Hell Week” students are allowed less than four hours of sleep for the whole week. It is designed to test a soldier’s will and mental fortitude, and weed out those that are not mentally tough enough to graduate. The pass rate is only 25% of those who are already the elite of the US armed forces and psychologists have studied that 25% that have made it to see what traits they have in common. The four key traits are: setting goals, mental visualisation, positive self-talk, and arousal control.

Although we are never likely to have to undergo the rigours of Hell Week, we can still learn from the SEALS and so build our own resilience:

SEALS break down their goals into weekly goals, daily goals, hourly goals, and even goals by the minute. For instance, during a 90 minute “grinder session” at 6 am in the morning before breakfast, SEALS would simply focus on getting through that set of 90 minutes. They might even break it down further by getting through one set of exercise at a time. In our own lives, when things are tough, setting extremely short-term and specific (yet simple) goals allows the mind to focus on one thing at a time without distraction.

Mental visualisation has been used by world-class athletes and sportspeople for many years and during the Navy SEALS training, one of the toughest aspects are underwater exercises where the instructors attack the students and disconnect their scuba equipment, leaving them deep underwater without any equipment. It was found that those who did best used mental imagery to prepare them for the exercise, imagining themselves going through the various corrective actions while being attacked so that their minds were then ready and they remained in full control of their physical and mental faculties. We can do this in our own lives by mental rehearsing ourselves successfully doing something we fear, such as giving a public talk or we can visualise ourselves eating healthily and exercising if these are our personal goals.

We all tend to practise a lot of negative self- talk – “I can’t possibly do that” or “I handled that really badly” or “I’m no good…” Successful Navy SEALS are able to block all negative self-talk and deliberately choose to use only positive, to constantly motivate themselves to keep going. This echoes the results from the famous Nun Study, which began in 1986 in the US and is ongoing today. It involved 678 nuns and found that positive emotion statements in autobiographical essays written when the they were in their twenties was directly correlated with length of life – and also the likelihood of getting Alzheimer’s Disease. The more positive statements in their essays, the longer they lived and the less they suffered from dementia. Similarly, studies which have been carried out involving the cold virus found that people who expressed positive emotions before being injected with the virus were less likely to have cold symptoms.

When our bodies feel overwhelmed or in danger, they release cortisol and endorphins – the natural response to stress, developed over millions of years of human evolution. SEALS learn to control this natural response to arousal by, for example, deliberately controlling their breathing. I can teach you breathing techniques which can be used easily and invisibly to others, to control stress and promote relaxation.

If you would like to find out more about stress management, go to my Stress Counselling Cork page

If you would like to find out more about trauma, go to my Trauma Counselling Cork page