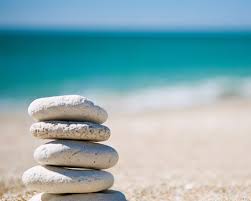 What is a panic attack?

A panic attack is a sudden rush of intense fear or discomfort, which includes some of the following symptoms:

Panic attacks tend to start quickly and reach a peak within 10 minutes. The peak generally lasts for between 5 and 20 minutes before the symptoms start to settle. However, it can take quite some time for all the symptoms to subside.

And even those of us in the public eye are not immune…Singer Ellie Goulding was on a train going to a funeral when she experienced the first of many panic attacks. She found her heart pounding and thought she was having a heart attack. Going straight to the hospital, she was told it was just a panic attack. Elle said in an interview:” From that day, I kept having them. It was the weirdest time of my life. Sick, horrible things would go through my mind but I didn’t want to draw attention to myself… It got to the point when I couldn’t even get into the car and go to the studio.”

Oprah Winfrey had a panic attack during a very busy and chaotic period at work in 2013. In her words. She was in the middle of doing voice-overs when it started:“ In the beginning, it was just sort of speeding and a kind of numbness and going from one thing to the next thing to the next thing. I will tell you when I realised that I thought, ‘All right, if I don’t calm down I’m gonna be in serious trouble.”

And anxiety and panic attacks are not a phenomenon of modern life. Sigmund Freud wrote The Problem of Anxiety 90 years ago and Kierkegaard wrote The Concept of Anxiety 80 years before him. Even earlier, Spinoza the Dutch philosopher talked about what he called “dread”. Victorian novels are full of female characters who exhibit what we might recognise now as some of the symptoms of anxiety and panic disorders, from fainting to what was then termed “hysteria”.

It is really important to understand that despite the alarming symptoms, panic attacks are not dangerous even though the panic you feel does its best to convince you otherwise. A first panic attack is usually unexpected, and often can come “out of the blue.” It may scare you so much that you start taking steps to protect yourself from future attacks. Maybe you start avoiding places, situations or people that remind you of your first attack. These efforts to protect yourself with avoidance are often the most disabling aspect of panic attacks, one which leads people to give up many other pleasurable and useful activities.

Over time, you may find yourself experiencing more panic attacks, in a variety of circumstances. Some of these may be in circumstances to when you had your original attack but at other times even worrying you might have an attack is sufficient to bring one on. Even more unsettling, you might have a panic attack which wakes you out of a sound sleep.

Anxiety and panic, to a certain extent, are a crucial part of our instinctive survival mechanisms. If we were suddenly confronted by a large hungry lion, our innate ability to feel anxious and therefore to run as fast as we could, could save our lives. When our brains receive a massive surge of nervous signals designed to warn us of imminent danger, the amygdala, a part of the brain, is activated. Some people’s amygdala reacts with anxiety when there is no imminent danger, making it much more likely that they will experience high anxiety and panic attacks. This reaction causes our adrenal glands to produce the fight or flight hormone adrenalin. A release of adrenalin into your system can raise your heartbeat, make you sweat, churn your stomach and provoke irregular breathing – all characteristics of a panic attack. If there is no imminent danger and your system is loaded with adrenaline, that hormone will not be used up for running away and the subsequent build up is what causes the panic attack.

For more information on Anxiety, go to my Anxiety Counselling Cork page.

Need some more advice and support?

If you are experiencing panic attacks and would like to learn more about how to totally eradicate them from your life, call Alison Winfield, Mindfully Well Counselling Cork on 087 9934541.

All you Need to Know about Anxiety