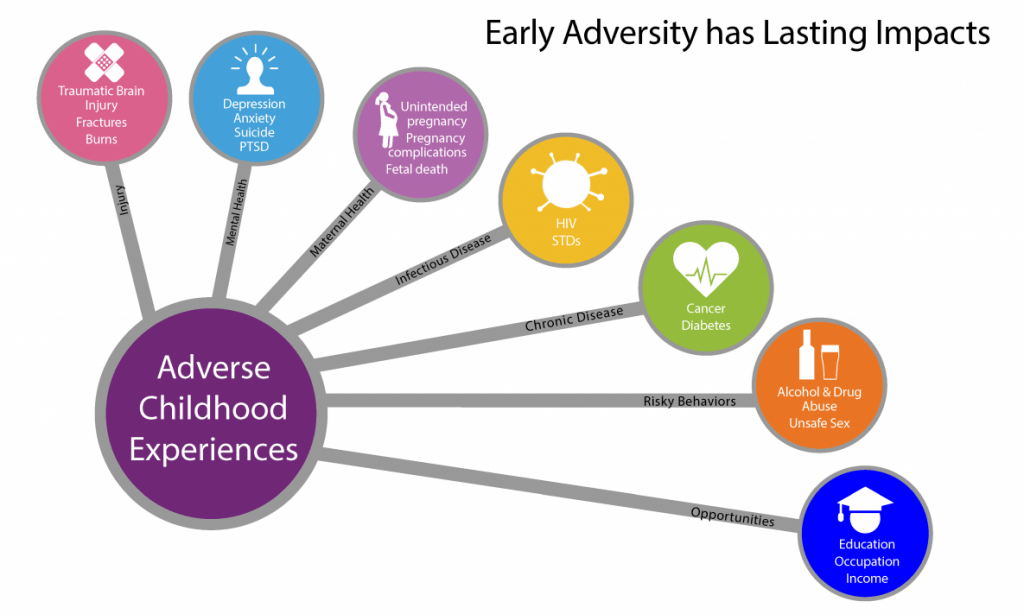 Did you have a happy childhood? As an adult, we’re often taught to look back on our childhood with nostalgia and happy thoughts, back to innocent and carefree times. Childhood is coined as the time where we learn who we are, and where secure attachments are formed with caregivers. It’s a time where we explore our potential and where we are encouraged to love ourselves as part of being shaped into healthy and functional future adults.

Some people struggle to make the connection between their unhappiness today and traumatic experiences in the past. As adults, we often go through the motions with work, school, family and other obligations and may not even realise that something is missing from our lives. Emotions and pain can get pushed to the side or denied as non-existing.

A huge body of research shows that childhood adversity can create harmful levels of stress which impact healthy brain development. This can result in long-term effects on learning, behaviour and health. Some of the most significant studies have been into what are termed “Adverse Childhood Experiences” (ACEs). They show that experiences which are stressful or traumatic can have a huge impact on children and young people throughout their lives. Since the 1990s, (original research by Vincent Felitti, Robert Anda and colleagues) these have been widely studied and yet the results are still largely unknown to the public at large. This research has shown that ACEs in the general population are commonplace and many of us will have experienced at least one ACE in childhood. In a study of over 17,000 ordinary Americans, almost two-thirds of people reported at least one ACE, and more than one in five reported three or more ACEs. One in 16 research participants experienced four or more ACEs.

What are the ACEs?

The ten widely recognised ACEs, as identified in a US study from the 1990s, are:

As well as these 10 ACEs there are a range of other types of childhood adversity that can have similar negative long term effects. These include bereavement, bullying, poverty and community adversities such as living in a deprived area and neighbourhood violence.

Self compassion to heal shame

All you Need to Know about Traumatic Stress and PTSD