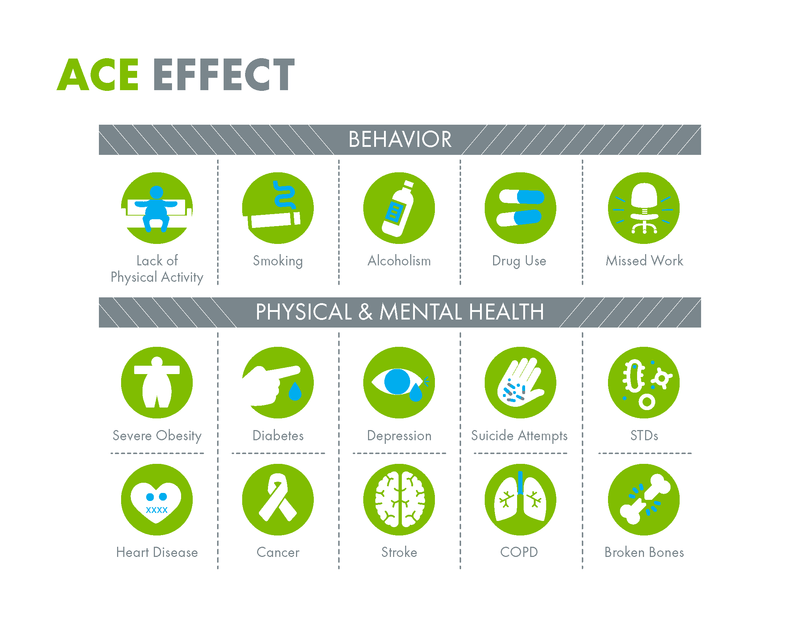 Most people would agree that experiences that we have had in childhood (both good and bad) can have a lasting effect on us throughout our adult lives. But what can we learn from scientific research about this? This article looks at the well known large scale Adverse Childhood Experience studies including research carried out in Cork city by the Cork Simon Community.

Research carried out into what are termed Adverse Childhood Experiences (ACEs), show that experiences which are stressful or traumatic can have a huge impact on children and young people throughout their lives. Since the 1990s, (research by Vincent Felitti, Robert Anda and colleagues) these have been widely studied and yet the results are still largely unknown to the public at large.

Research has been carried out in many different parts of the world including Ireland. Lambert and Gill-Emerson’s recent investigation into the prevalence of ACEs among Cork Simon Community homeless service-users found that of the 50 service-users were surveyed,  77 percent had four or more ACEs, while eight percent had 10 ACEs. More than one in three were sexually abused as children, a quarter were subject to physical neglect and two thirds experienced emotional neglect.

Over 70 percent lived with an alcoholic or drug addict, more than 50 percent lived with a mentally ill person, 50 percent were raised in a single parent household and almost one third grew up in home where a family member incarcerated. Almost half witnessed their mother being subjected to domestic violence. 90 percent of the research subjects had been seen by a psychiatrist or psychologist, over 71 percent had a history of suicidal thoughts, 62 percent had experienced drug overdose and nearly 45 percent had previously self-harmed.

How do ACE’s affect us?

Vincent Felitti, Robert Anda and colleagues have accumulated evidence that ACEs literally attack the structures of a child’s developing brain, leading to “lasting effects on brain structure and function”. This brain injury – acquired in infancy or adolescence – has serious individual and societal costs.

Basically, ACEs cause the production of toxic stress or cortisol in children which activate the “fight/flight/freeze” response and stunts the development of normal neural pathways. Childhood trauma haunts people into adulthood. Over time, the traumatised person’s “window of tolerance”, where they can comfortably “metabolize” the ups and downs of daily life, shrinks. This causes them to either remain constantly on high alert for danger, responding with anger, violence, impulsivity or defensiveness (hyperarousal) or by shutting down/disconnecting (hypoarousal) when emotionally overwhelmed or triggered.

How do they impact us as adults?

Adverse Childhood Experiences can stay with us well past childhood impacting how we live, love and operate on a day to day basis. In childhood we make decisions about ourselves, other people and the world in general before we have the cognitive capacity (thinking ability) to challenge these decisions.

Unfortunately these adverse early life experiences can enable us to encode (store) emotions and beliefs that are less than helpful when it comes to establishing a sense of self, often giving us a fragmented internal operating system which leaves us more vulnerable to abuse (physical, emotional, financial, sexual etc).

The Emotional Needs of Children

Helping a Young Person to Deal with Bullying

Trauma and the Body